1/19/2023
The St. Albans community celebrated the life and work of Dr. Martin Luther King Jr. with a day of service and a day of worship, reflection, and learning. 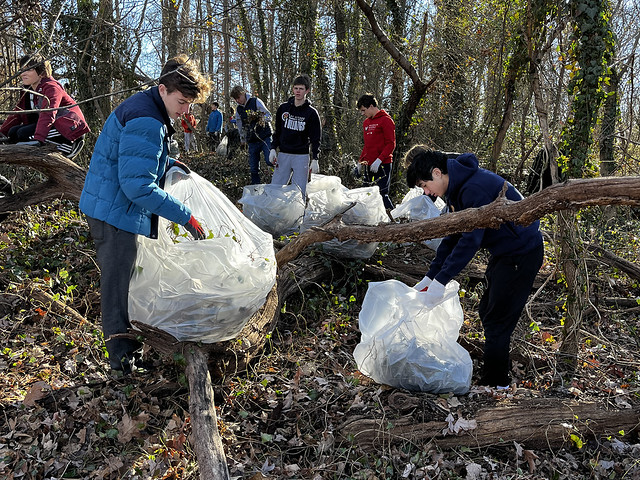 With Martin Luther King Jr. Day a holiday, many NCS and St. Albans students and their families chose to volunteer for area organizations. Work began at NCS, where representatives from the Sasha Bruce Network talked about their work supporting youths experiencing and students gathered food for Martha’s Table and area refugees. That afternoon, volunteers fanned out across the metropolitan region to clean up and remove invasive species from area parks, pack groceries for seniors at We Are Family, organize furniture and other supplies for those in need at A Wider Circle, and deliver food to area aid organizations. Rev. Hundley and a group of Upper School students also welcomed children who are currently being fostered to the Close for a tour of the Cathedral and St. Albans School. 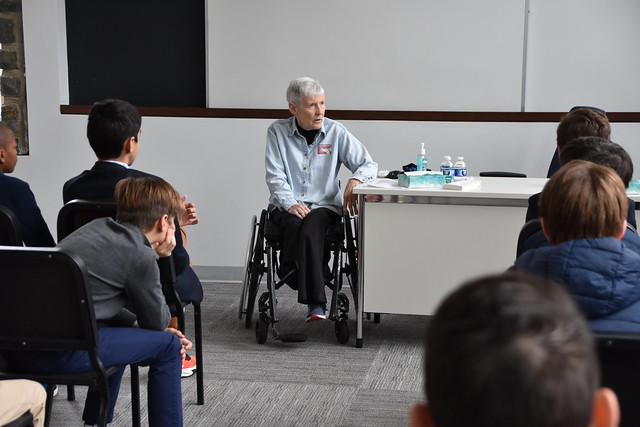 For the remainder of the day at St. Albans, students focused on disability awareness, continuing a schoolwide effort to increase understanding that began with our summer reading. 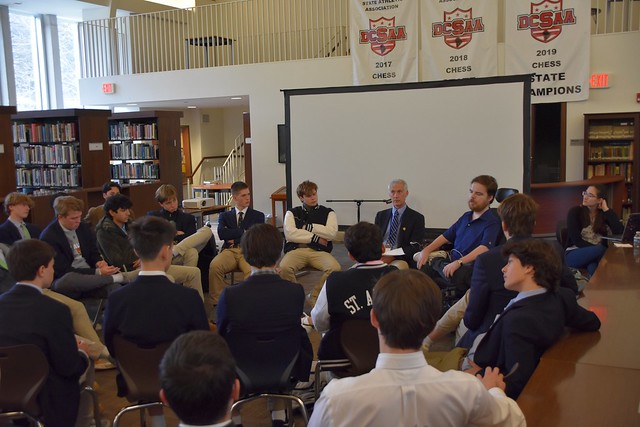 In the Upper School students viewed and discussed the film Crip Camp, about a summer camp in the Catskills and the campers who created the bonds and gained the strength there to help lead a civil rights movement for people with disabilities. Students also participated in workshops on a variety of topics ranging from visible and invisible disabilities to neurodiversity, disability rights work in Washington, D.C., and the experience (generously shared by Pryce Bevan ’13) of being physically disabled at St. Albans. 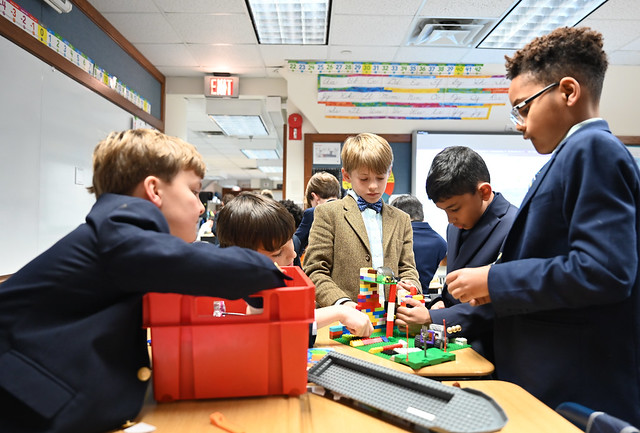 C and B Formers visited a nearby ADA compliant playground and designed their own playgrounds using Legos; elsewhere in the Lower School, students discussed the book El Deafo; learned about different kinds of disabilities and the everyday barriers that individuals with them face, at St. Albans and elsewhere; reviewed the representation of disability in pop culture; and learned about social entrepreneurship.

The entire community returned to the Cathedral for a keynote conversation between disability and civil rights activists Judith Heumann (a disability rights activist who served in the Clinton and Obama administrations, wrote the memoir Being Heumann, and was featured in the film Crip Camp) and Ralph G. Neas (who has served as chief legislative assistant to Sen. Edward W. Brooke; executive director of the Leadership Conference on Civil and Human Rights; and president and CEO of People for the American Way, the National Coalition on Health Care, and the Association for Accessible Medicines).
Three quotations from Martin Luther King Jr. shaped their conversation:

“Make a career of humanity. Commit yourself to the noble struggle for equal rights. You will make a greater person of yourself, a greater nation of your country, and a finer world to live in.”
“Injustice anywhere is a threat to justice everywhere.”
“We shall overcome because the arc of the moral universe is long, but it bends towards justice.” 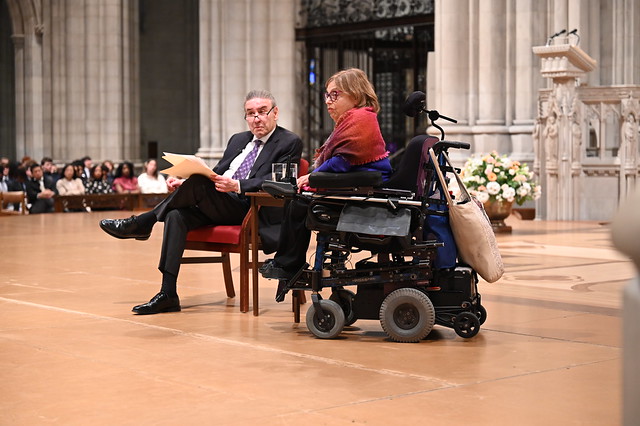 Recognizing that disability rights are civil rights, Heumann and other members of the disabled community began organizing, leading sit ins, working to promote changes that would eventually result in Section 504 of the Rehabilitation Act of 1973 (one of the first federal laws protecting people with disabilities) and the Americans with Disabilities Act. Neas, describing the ADA as “the most important civil rights law in the past fifty years,” noted the overwhelming bipartisan support for the act, which he noted supports “equality of opportunity, full participation, independent living, and economic self-sufficiency.”
Neumann and Neas praised students for engaging in learning more about disabilities and disability rights, but encouraged action. “I never give up hope,” said Heumann. “But I want action.”
“I think part of the education that we all at any age need to be focusing on is, How do we speak? How do we speak up? How do we speak out? How do we speak up for people to be supportive and how do we speak against injustice?” asked Heumann. “What is injustice, what does it mean to you, and what are you willing to do in order to speak up and out, about things that are wrong, whether something going on in a classroom where a kid is being bullied or in your neighborhood ... What are you doing about that?”

Heumann noted: “Everyone in this room has to take responsibility for changes.”
Click here to read the transcript of the keynote conversation.
Back