If you have questions, please contact us at tenniscenter@stalbansschool.org.
The St. Albans Tennis Center is an outdoor facility with 7 clay courts situated on the magnificent grounds of  Washington National Cathedral. The Tennis Center features men's and women's lockerrooms, each with dozens of half lockers and 2 showers; there is also spectator seating on the roof. Members of the Tennis Center enjoy such benefits as various types of reasonably priced memberships with no additional court fees; play as early as 6:00 a.m. daily; no reservations; $20 guest fee; and an array of activities including clinics, juniors’ summer camps, tournaments, and social events.


All St. Albans tennis members, from 4 year olds to our more distinguished players, will find our staff of instructors, maintenance workers, and directors to be friendly, hard-working, and dedicated. They consistently provide the very best tennis atmosphere from top to bottom, as befitting an institution representative of St. Albans School.


We hope to welcome you to the St. Albans tennis community. We are sure it will be a fun and rewarding experience for all! 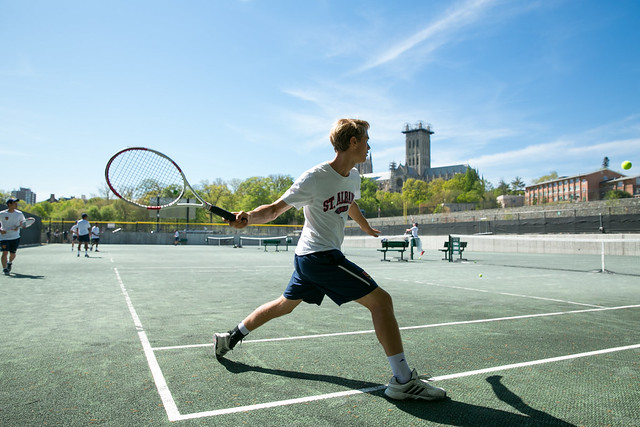