In honor of all who have served our country, the Upper School community held a special Veterans Day chapel, where they joined by Dan Daniels ’45, a veteran of our U.S. Armed Forces. The Rev. Melissa Hollerith shared a personal story of her father’s service in the Korean War in the homily. Captured as a prisoner of war, her father was the lone survivor of about 50 U.S. soldiers held at a North Korean campsite. In her homily, she reminded us, “Our veterans deserve our deepest respect because they are the guarantors of the freedoms we enjoy. ... In the words of St. John, ‘Their love is so great that they would not hesitate to lay down their lives.’” 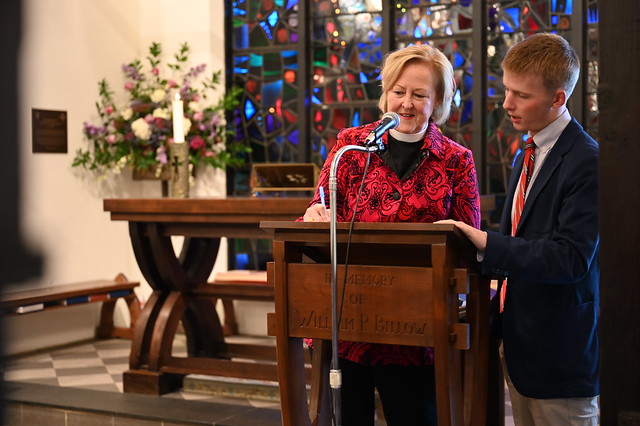 The Lower School also honored military veterans. Current parents Mike Molino, a former captain in the U.S. Army 18th Airborne Corps, and Sloane Menkes, a former first lieutenant in the U.S. Air Force, joined the service. Mrs. Menkes said a prayer for veterans, “we cannot always know what a veteran may have sacrificed, yet we can thank them for their service. May we, following the example of those who have gone before us, dedicate ourselves to lives of service.”
In his chapel talk, Mr. Molino said that he initially signed up for the Army because it was the best way to pay for college. Yet he found that it was not about his veteran experiences but rather the willingness to serve that he is most proud. “America has had an all-volunteer force for the last fifty years. All those serving today (and in the recent past) have chosen to serve and defend America and American values. These veterans who serve by choice make us the home of the brave.
Mr. Molino and Mrs. Menkes stayed after chapel to speak with C Formers and answer their many questions. 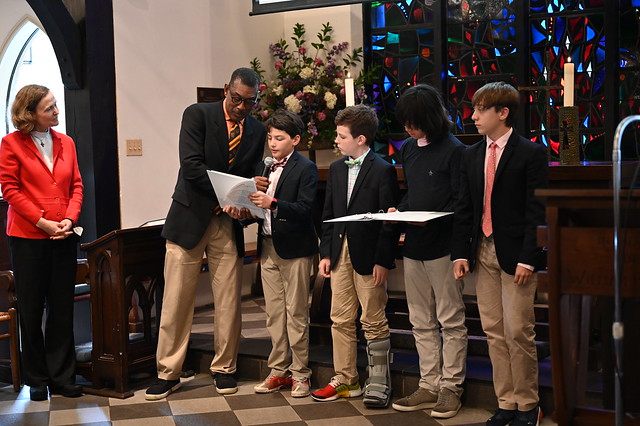