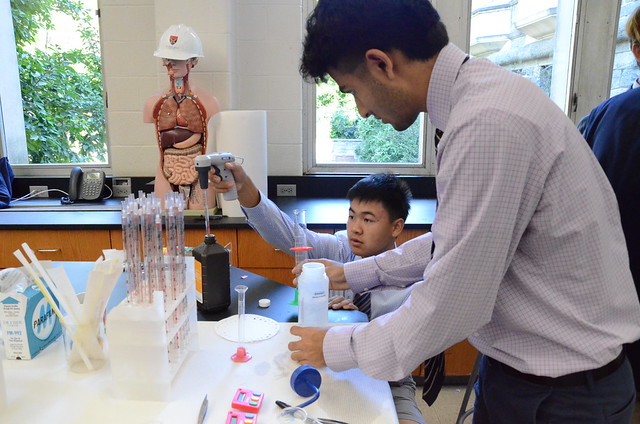 Science Department Chair Tom Carroll’s AP Biology class worked on their first experiment of the year: an analysis of the enzyme Catalase (a common peroxidase found in most living organisms which helps break down hydrogen peroxide [H2O2] into oxygen and water). The students extracted Catalase from potatoes and assayed the enzyme’s performance at different temperatures and concentrations. 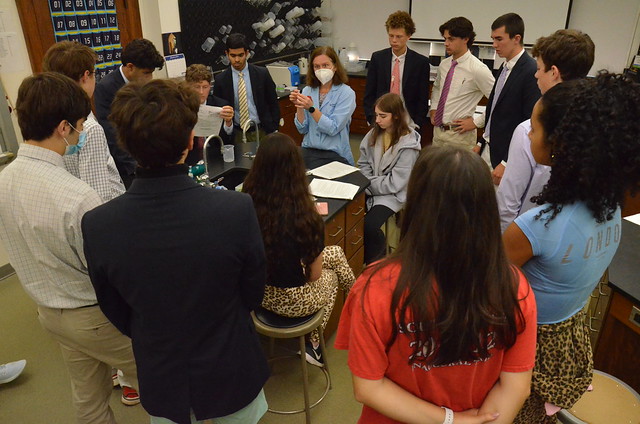 Dr. Kerry O’Brien’s Advanced Biology Research Seminar is working on a multi-day lab to determine whether local arthropods (insects and spiders) carry the bacterial endosymbiont Wolbachia. The release of Wolbachia-infected mosquitoes has been shown to decrease and, in some settings, eliminate the transmission of the mosquito-borne viral infection dengue. As such, further knowledge about Wolbachia is extremely valuable. Students collected bees, caterpillars, and spiders from the D.C. metro area and extracted their DNA. In these photos, students are purifying the DNA. The remaining steps of the lab include polymerase chain reaction, gel electrophoresis, and DNA sequencing. Students will ultimately contribute their findings to a worldwide database. 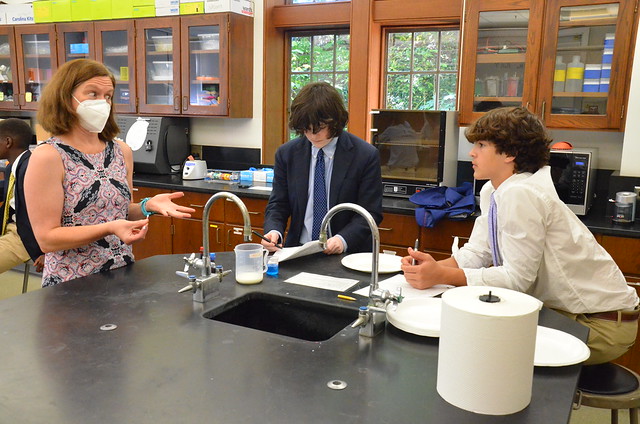 In a multi-station lab, freshmen in Dr. Kerry O’Brien’s Biology class, recently explored the various unique properties of water. At station one, students tested water as a universal solvent by comparing the dissolving of salt in water versus oil, while at station two, they tested the surface tension of water against a mix of water and detergent by piping droplets onto a penny. Station three continued the exploration of surface tension as students tried to get paper clips to float in plain water and water with a pinch of salt added. Station four delved into density as students recorded the results of agitating liquids with varying densities they poured on top of each other into a beaker. Station five tested cohesion and adhesion as students timed how water was absorbed by a paper towel and distributed ink on the paper towel. Station six finally explored the polarity of water, using milk, food coloring, and detergent to make a milk rainbow.
Back