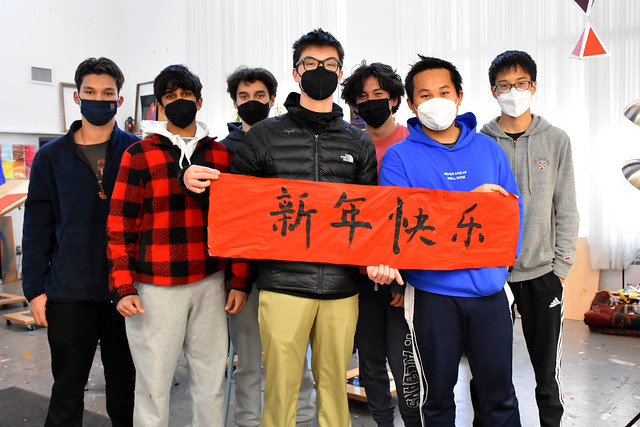 The Upper School Asian, Asian-American & Pacific Islander Affinity Group and parents helped prepare for the festive celebration by decorating the halls and lunch tents. The school was adorned with Chinese red lanterns to drive off bad luck, door couplets for best wishes in the coming year, and paper cuttings for luck and happiness. Melissa Guinness, mother of Jack Guinness ’24, constructed a card stock paper craft tiger, in a process similar to origami, that served as the centerpiece for the festivities. The tiger has traveled all over the Close during the celebration this week and has been a popular photo opportunity.

The Upper School celebrated with a Lunar New Year chapel in Trapier Theater on Monday morning, which featured Xin Qiji’s poem “On the First Night of a New Year” in Chinese by Oliver Wang ’24 and Tony Wang ’24 with an English translation by Ethan Vogelman ’23, as well as a violin performance of “Fisherman’s Harvest Song” by Kevin Xu ’22. In his homily, Kevin also shared a lesson he learned from his family about always looking forward and accepting the New Year at whatever time it comes: “I hope when our New Year does come—when the flowers bloom, when our new exciting adventures begin, and we just cannot wait to rush forward—let us turn around and look at the warm sights that rest on our shoulders and place them deep in our heart.”
Duncan Smith ’22 also shared a lesson he learned in his homily about taking his time while making dumplings with his family for the Lunar New Year. Noting that he often does things quickly just to get them done, Duncan said, “When you rush something, it usually doesn’t turn out so well … If I had actually put some time into my technique instead of rushing through … I probably would’ve ended up with dumplings that were, at the very least, edible, and likely, much better looking.” 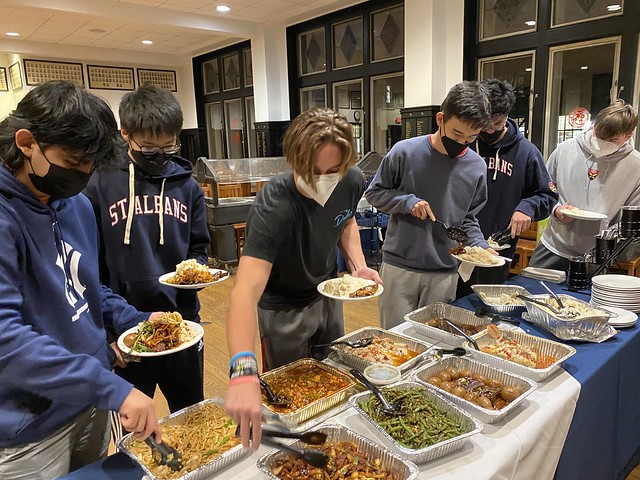 On Tuesday, the Lower School held a coordinate Cathedral Chapel with NCS Middle School students. Students taught Mandarin greetings that you can share with family and friends to wish them a prosperous new year, provided a dramatic performance of the ancient Lunar New Year story, shared their families’ Lunar New Year traditions, offered a Taoist prayer, and performed musical selections, including “Colorful Clouds Chasing the Moon” by an 8th-grade NCS pianist and “A Spray of Plum Blossoms” featuring Mr. Xu along with a Middle School vocalist and musicians. They also welcomed guest performers from the Choy Wun Lion Dance Troupe, who performed a vibrant Lion Dance that received a standing ovation, and Judy Chen and Feng Li, who played “Moonlight Over the Lotus Pond” on the Guzheng, an ancient Chinese sting instrument also known as a Chinese zither. Later that day at lunch, parent volunteers joined students in the tent to pass out red envelopes with a chocolate gold coin in honor of the Lunar New Year tradition of receiving money in red envelopes.
Many thanks to all the students, parents, faculty, and staff who helped us celebrate this cultural holiday as a community. Hǔ nián dà jí (Good luck in the Year of Tiger)! 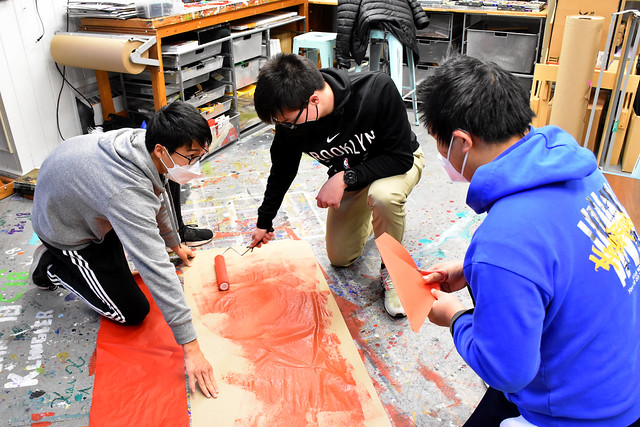