1/21/2022
Congratulations to Dr. Samuel Schaffer, who has agreed to serve as the next Head of Upper School, a role he has filled in an interim capacity since last July. 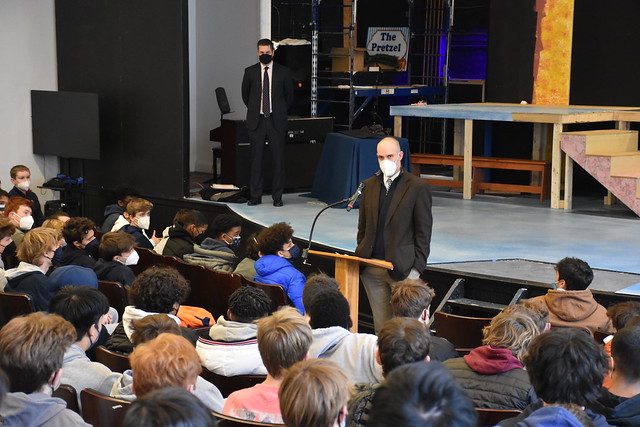 Dr. Schaffer addresses Upper School students after Headmaster Robinson announced his appointment.
In a letter to the community, Headmaster Jason Robinson said, “When we began thinking about the ideal attributes we were seeking in our next Upper School Head, it became clear that Dr. Schaffer possessed all of them in abundance. Not a week went by this fall when a colleague did not stop by my office to say how much admiration they had for his leadership and how much they hoped he would be considered as our next Upper School Head. His appointment is a reflection of the many talents he possesses, the respect he enjoys among colleagues and students, and the importance of stability in leadership that I believe is best for our school at this moment in time.” 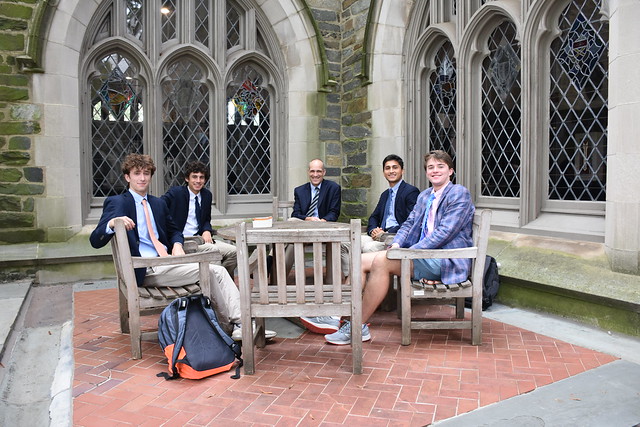 Dr. Schaffer with Upper School prefects.
Dr. Schaffer joined the St. Albans community in 1998, where he was immediately met with success, being awarded the John F. McCune Prize for Teaching by the seniors in only his second year as a faculty member. After a short departure from 2004 to 2011, Dr. Schaffer returned to STA in 2012, and has served the community in many roles, including history teacher, varsity coach, assistant (later associate) dean of faculty, and head of the dorm, to name a few. Our school community is blessed to have his continued leadership and commitment. Please join us in congratulating him on this appointment. 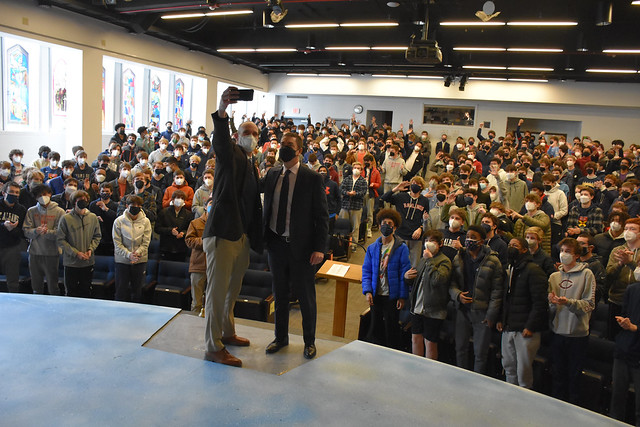 Dr. Schaffer and Headmaster Robinson snap a #SchafferSelfie with students after the announcement.
Back