1/19/2022
In honor of the Rev. Dr. Martin Luther King Jr., students engaged in service projects; attended a special service in the Cathedral, where King’s 13-year-old granddaughter Yolanda Renee King, offered the homily; and attended an assembly with Prof. Frank Snowden ’64, the Andrew Downey Yorrick Professor Emeritus of History and the History of Medicine at Yale and St. Albans’ first Black student.

Speaking from the Cathedral’s Canterbury Pulpit, where her grandfather gave his last sermon, Yolanda King charged students to carry on Dr. King’s work: “Everyone knows my grandfather had a dream, but his most important message was to wake up and take part in the action and the passion of our times. His legacy is not an occasion to celebrate the past. It’s an obligation to fight for the future.”

Before an audience of STA and National Cathedral School students in the Cathedral as well as students from across the nation watching online, Yolanda encouraged her generation to strive to be “the greatest ever”:

“Today and every day, let’s ask ourselves, Why are we Americans? Why are we alive at this moment in history? As my grandfather warned from this pulpit, let’s not sleep through these revolutionary times. Let’s be awake, alive, and at work. Let’s continue the struggles of those who came before us, and let’s fight for the futures of those who will come after us. And let’s be a great generation. You know, they’ve called us Gen Z, but we can do better. Let’s be Generation D for democracy. Let’s be Generation V for voting. And let’s be Generation G for the greatest ever, until our own kids and grandkids come along.” 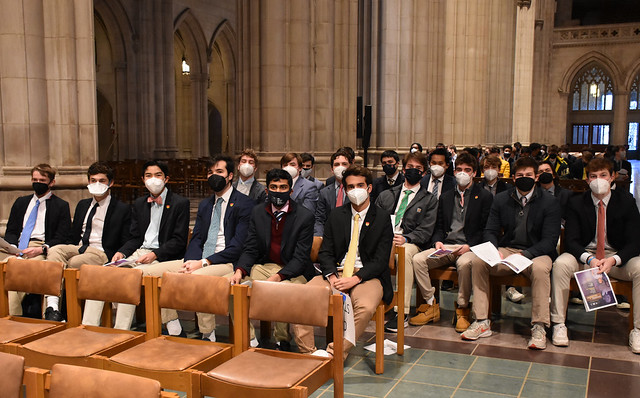 Upper School Assembly with Prof. Frank Snowden ’64
Following the Cathedral service, Frank Snowden ’64 joined Upper School assembly through zoom to describe his experiences as the first Black student at St. Albans—his sense that he had to succeed or others would not be allowed to follow, racist remarks and threats he received, disparaging comments from teachers, and moments of betrayal by the school, which failed to stand up for him when other institutions refused his admittance to a sporting event, a dance, or a spelling bee. Noted Snowden: “It often happens that the most profound learning in life occurs through pain.”

Snowden also discussed the history of racism in the United States, and the Frank M. Snowden ’64 Endowment Fund, recently created by his classmates to support the educational mission of teaching the history of slavery and its legacy in the United States to the present day. Said Snowden: “We are once again at a crossroads in American history. The final decision has not yet been made. But we face a stark and vitally important choice, with the question being an all too familiar one: What will we do with slavery and its legacy?”

Asking himself the question, “Am I glad that I went to St. Albans?” Snowden stated: “It wasn’t, shall we say, the most enjoyable time of my life. But I was fortunate. I made close friends for life, with the friendships deepened by the fact that they understood my situation and we talked about it even then. That certainly is no small gift in life. And in addition I do believe I got a very good education. That too is a gift. And because of the unusual circumstances of the mission that had been handed to me, as I thought of it, I also learned early on about self-discipline and hard work, and those were skills that served me well through life. And the history of the times, and what I was told about my small role in it, gave me a sense of being part of a movement much larger than myself, and I think that’s not bad for anyone.”

To the rhetorical question of whether he would send a son to the school, Snowden responded: “Which school? The school of the 1950s? My answer would be no. But the school today is so fundamentally different that would be an entirely different question to consider.”

Service Projects
NCS, STA and Beauvoir families joined together for several service projects on the MLK day Monday holiday, participating in a blood drive at Children’s Hospital, creating bags of trail mix for Martha’s Table, and packing groceries for We Are Family. 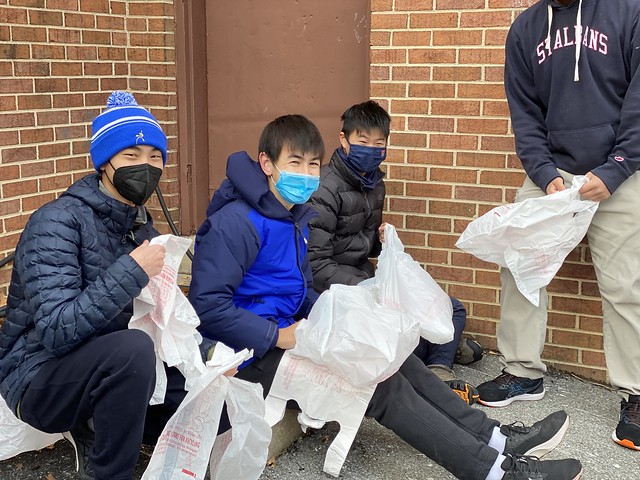