9/30/2021
The Rev. Leslie Chadwick, Lower School Chaplain
Rev. Chadwick gave this homily at the Lower School’s first Cathedral Chapel of the school year on September 23, 2021.
A Form I student provided the musical prelude for the first Lower School Cathedral chapel of the school year.
Luke 15
What is your biggest nightmare? My mother-in-law has a recurring dream about losing a cat or kitten, but her worst one is when she’s in a city and things suddenly feel unfamiliar. The landmarks she needs to find the bus stop have changed. She can’t find the bus that can take her home.
The Bible is full of stories of people feeling lost and disoriented. The Israelites wandered in the wilderness for 40 years after being freed from slavery in Egypt before they made it home to the Promised Land. Jesus tells parable after parable about lost sheep, lost coins, lost sons. Feeling lost is part of the human experience, and sometimes nothing feels worse.
If you paid attention to sports this summer, you might have noticed a theme of athletes feeling lost under pressure. Tennis star Naomi Osaka decided not to play at Wimbledon and took a two month break to restore her mind after feeling lost and anxious (Washington Post. “Simone Biles and the price of being a GOAT” by Barry Svrluga July 27, 2021) Olympic Skateboarder Nyjah Huston felt pressure during the competition that affected his performance. He said to his fans, “I’m sorry. I know I definitely let some people down, and I have no problem admitting that. But I’m human you know” (NYT “Yuto Horigome wins the first skateboarding medal as Nyjah Huston falters.” By John Branch, July 24, 2021). Simone Biles, hailed as the Greatest Gymnast of all Times, pulled out of the Olympics Team and All-Around competitions. She said, “I lost my sense of where I was in the air.” This phenomenon was later identified as the “twisties,” a kind of mental block (BBC News “Simone Biles: What are the twisties in gymnastics?” by Ashitha Nagesh 28 July 2021). 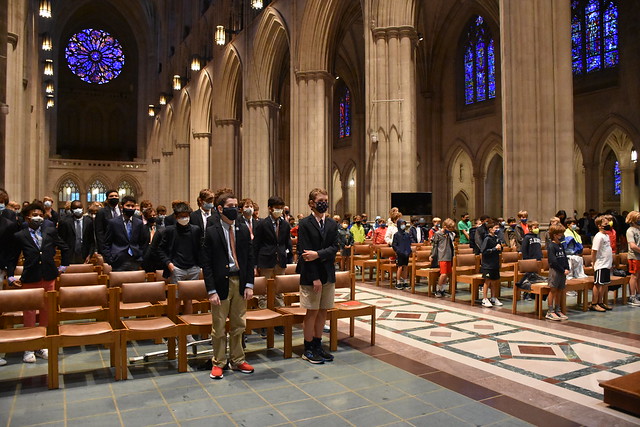 From the moment I heard about the “twisties,” the term resonated with me. I am no athlete, and rarely risk my body for any sport-related endeavor. When I was assistant coach for a girls’ cross country team, the main coach (who trained Olympic runners) made me stand on a hill far from our girls. That way, they could hear me cheer, but couldn’t come close to me. They knew if they were hurting, I would say, “Stop—it’s not worth it, come over here and sit down.” I admit that athletes would never get a chance to push themselves to find out what they could do if they had that attitude! However, pushing people too hard and putting too much pressure on them can make them lose themselves entirely.
One gymnast reflected on the twisties: “You’re moving way too fast, you’re totally lost, you’re trying to think but you know you don’t usually have to think to do these maneuvers, you just… feel them and do them…it’s scary...unnerving…and incredibly dangerous…” The twisties been compared to the nightmare scenario of jumping out of a plane to find your parachute doesn’t work or of driving at top speed on an interstate and losing your muscle memory of how to drive.
Why each of those athletes may have suffered from a form of the twisties is a topic for another day. Suffice it to say, they each have incredible inner strength. But what struck me was the public’s response to their feeling lost. Social media comments ranged from supportive to downright nasty. Jesus was no stranger to having the tide of public opinion turn on him. When the crowds put pressure on him to do more and more miracles, he often “withdrew to lonely [or quiet] places to pray (Luke 5:16; Mark 1:35-39; 45).
Choristers perform the hymn “Seek Ye First.”
One crowd tries to seize Jesus by force to make him king (John 6: 15), the first century equivalent of being named the GOAT (greatest of all time). “He retires again to the mountain Himself alone.” The next time he sees the crowds, Jesus tries to redirect their appetite for wonders and signs, miracles, and impressive feats to the God behind the healing, the walking on water, the feeding of thousands. Jesus wants the crowd and all of us to be made whole and to have fear and obstacles removed between us and God. He wants us to be satisfied deep within our souls.
Jesus is not a novice coach who coddles us and says, “Don’t try your hardest. It’s OK not to put any effort into using the gifts God’s given you. Sit over here and blame all these pressures on society.” Instead, he sparks our imagination with teachings that show us what it looks like truly to be found and loved and claimed for who we are, regardless of what we do.
While there was no social media in Jesus’ time, there were plenty of people judging and grumbling about who didn’t meet society’s expectations. Jesus tells the parable of the lost sheep to some of them who complain that Jesus welcomes sinners and eats with them. In the parable, the focus is not on the sheep and what they did or didn’t do to steel their nerves to compete or succeed in the world. It’s not about their failing to be the GOAT. 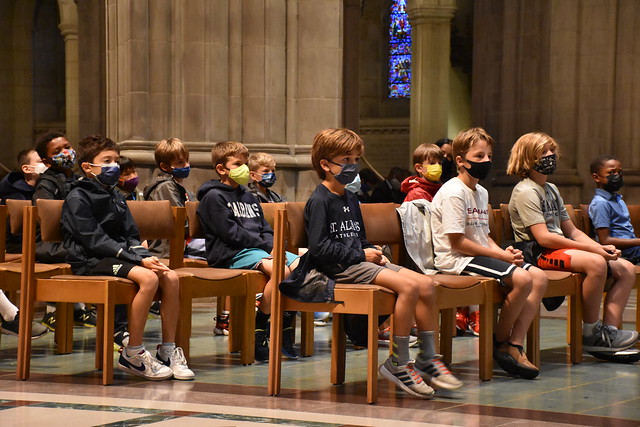 The parable assumes that sheep wander—it’s part of what they do. In fact, he says, “suppose one of you has a hundred sheep and loses one of them.” The perspective is not on how frightened, disoriented, and alone the sheep feels. It’s on the anxious shepherd, dedicated to finding the sheep. Jesus’ audience would have expected the parable to end with the shepherd staying to care for the rest of the herd, the rest of the team. If you have 99 left, you don’t go off searching for one. You cut your losses and move on. Not this shepherd. He goes after the lost sheep until he finds it; he joyfully puts it on his shoulders and goes home. Then he calls his friends and neighbors together and says, “Rejoice with me; I have found my lost sheep.”
The story of Simone Biles doesn’t end with her walking off the mat. She came back to cheer on her teammates, and one of them Suni Lee, won All Around Gold. Her teammates surrounded her and stepped up to help with competitions they didn’t plan on doing that night. In the face of criticism and name-calling from the public, former Olympic gymnasts and athletes tweeted their own support for Simone. They praised her for coming back to a place where she could be found instead of pushing through the wilderness where she was feeling lost. On Fox News, one Republican senate candidate began lambasting the media for making Simone out like a hero in a moment of weakness, but the other 4 women commentators, including a gymnast, ignored him. One said, “I don’t see it as a failure. I think the praise is coming because she was open about what she was facing.” Another said it’s important “to be present with [athletes] when it’s not working out.” (Yahoo News “Fox News Host calls out J.D. Vance for Saying Simone Biles shouldn’t be Praised” Justy Baragona, July 28, 2021.) Feeling support, Biles returned on her own terms to win an Olympic bronze medal in balance beam.
What does this have to do with us? Regardless of how others see us or our worth based on what we do or fail to do, God loves us. At the start of this school year, some of you may be feeling lost or disoriented in a new place; others may be feeling overconfident; or maybe you just feel overwhelmed. All of us are invited to do our best with a team that supports us in the trying. We are in a community of human beings who know we are flawed even as we push each other to be our best selves. Yet the focus of the endeavor is not on us. It’s on the one who is anxious and determined to find us where we are, lost and disoriented, and to bring us all home rejoicing. Amen.
Click here to view more photos from this Cathedral Chapel.
Back