6/2/2021
“I’m not here to predict the Robot Apocalypse!” announced Rob Gingell ’72, who visited Michael Hansen’s AP Computer Science Class via Zoom on May 20. Instead, he shared about his experience in the field—he was among a select few honored for their contributions to the evolution of Unix operating systems—and advice for future computer science practitioners. 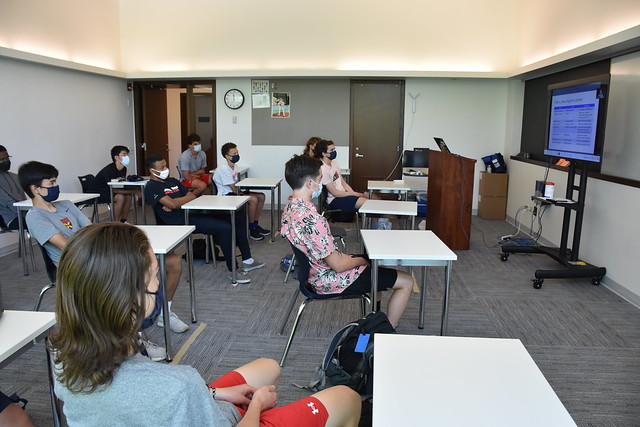 Michael Hansen’s AP Computer Class was joined by Rob Gingell ’72 via Zoom in May.
Gingell jokingly told the boys their familiarity with Java likely surpasses his at the moment given the work Mr. Hansen let him know they are currently doing in class. He quickly added he could be up to speed in a few short hours if needed. When Gingell entered the field, it was the golden age of computer science. He and his late classmate, Craig Saunders ’72, were decades ahead of their time, now that he thinks about it, when they used the school’s 1970s technology to make percussion music that easily could serve as background beats in hip hop. Their expertise became such that Hewlett-Packard could hire and refer them to help clients understand how to better interface with their systems. Moore’s Law, which says that the number of transistors that can be packed into a given unit of space will double about every two years, is applicable to the growth and complexity in the field that today’s students will experience. He likened it to the iPhone—today’s model is on an order of magnitude as powerful as the original. 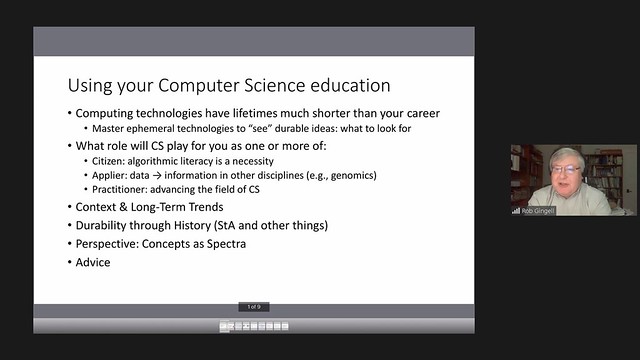 Rob Gingell ’72
Some of Gingell’s advice for students probably sounded a bit familiar: the strong writing ability St. Albans instilled in him is integral to his success and is something he suggests the students maintain and hone through college and beyond. After many years in the field, he realized that beginning big projects with the question, “How do we know when we’re done?” yielded the best results and allowed him to see problems down the road. He also counseled students to look beyond their particular institutions as innovation is going on in all sorts of unfamiliar places. Beyond the moral implications of diversity, tapping into diversity is great for innovation.
Looking for some summer reading? Gingell suggested students peruse The Trolley Problem by Thomas Cathcart and The Art of Computer Programming by Donald Knuth.
Back