4/10/2020
The St. Albans community is saddened to share that Malcolm Pittman, a beloved member of the St. Albans and NCS family who coached football, basketball, and track and field for almost 20 years, died last week. 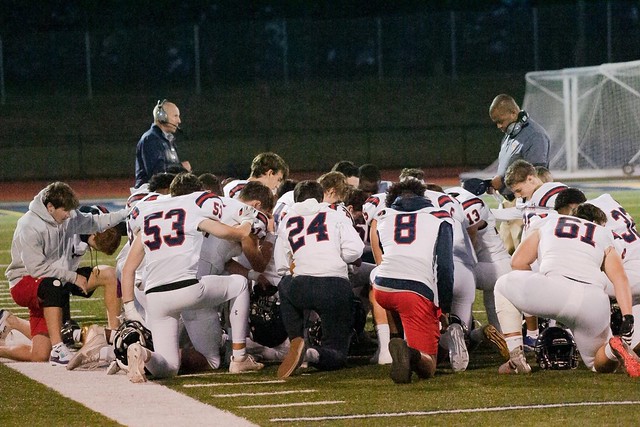 “I have been moved by the outpouring of love and emotion from our school community,” wrote Headmaster Jason Robinson in a letter to the community. “Members of our basketball program recently gathered together virtually with Head Basketball Coach OJ Johnson ’97 for a Zoom session to pay tribute to their friend, mentor, and coach. And St. Albans and NCS chaplains hosted a coordinate Zoom session — a virtual celebration of Malcolm’s life — for students and athletes who knew him through the St. Albans football program and the coordinate St. Albans-NCS track program. As a testament to Malcolm’s legacy and the affection felt by so many whose lives he touched, the Zoom session included former St. Albans coaches and parents, St. Albans alumni from decades past, and some of Malcolm’s family members and University of Virginia classmates. My sincere thanks to the chaplains for arranging such a thoughtful ceremony and to Ted Findler, our head varsity track coach, for the wonderful slide show he created in memory of our friend.”

Several coaches have shared remembrances of Coach Pittman. All agree, Mr. Pittman, father of Martin ’11, was a dedicated and inspiring coach.

Coach Pittman came to St. Albans almost two decades ago on the recommendation of the late Coach Burkhead. “I knew Malcolm had to be solid; he was introduced to me by Buddy Burkhead,” recalls former Assistant Athletic Director and Head Football and Track Coach Doug Boswell. During Boswell’s tenure at St. Albans, Pittman coached beside him longer than any other assistant coach. Said Boswell: “All the years that we coached together, whether it was in season or off season, I could always rely on Malcolm. Both St. Albans and I will surely miss his friendship, his enthusiasm, his infectious smile, and his distinctive raspy voice.” Noted Boswell: “Coach Pittman’s strongest qualities were his love for the kids, his passion for the sports he coached, and the loyalty he had to St. Albans, to the kids, and to his colleagues.”

Head Track and Field Coach Ted Findler speculates that the boys and girls who ran with him will never forget his voice crying out “Go to the arms!” as they came down the stretch of a 400, or “Get out!” when training the 4x100, or “Explode!” during warmup drills. “Coach Pittman was a dedicated coach, a student of the sport, and a master motivator,” said Findler. “Above all, what he cared about most, was his students, and each student's improvement as an athlete and a person.”

Head Basketball Coach OJ Johnson ’97 shared the following: “Coach Pittman was such a positive motivator and mentor to so many young men and women at STA and NCS. His devotion and commitment to the basketball program were phenomenal. His dedication to helping each and every athlete develop his skill level on the court, while also helping them mature off the court, was one of his strengths. We will all miss him greatly, especially his welcoming smile and exceptional charisma.”
Athletic Director Gary Schnell, who coached with Coach Pittman for fourteen years, recalled (with some amazement) that Pittman would give up his own summer vacations to attend preseason football camp. Said Schnell, “The boys loved his positivity, athletic outfits, and energy.” His pride and joy, according to Schnell, was his son Martin ’11, who was All-IAC his senior year. Said Schnell, summarizing in a few simple words what we all feel so strongly: “He will be missed.”
Back